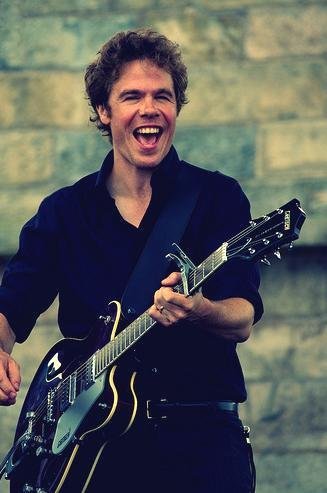 Josh Ritter (born October 21, 1976) is an American singer-songwriter, guitarist and author who performs and records with The Royal City Band. Ritter is known for his distinctive Americana style and narrative lyrics. In 2006 he was named one of the "100 Greatest Living Songwriters" by Paste magazine.

The Historical Conquests Of Josh Ritter

So Runs The World Away

The Beast In Its Tracks