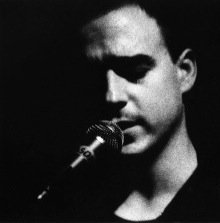 Songs: Ohia was largely a project of revolving musicians with singer-songwriter Jason Molina as its center and sole stable member. Critics and fans alike have found considerable difficulty in trying to define the band's changing sound, usually settling on more general labels such as indie rock, lo-fi, folk or alt-country. The second part of the name is an allusion to both the Hawaiian tree ‘Ōhi‘a lehua and Molina's home state of Ohio.