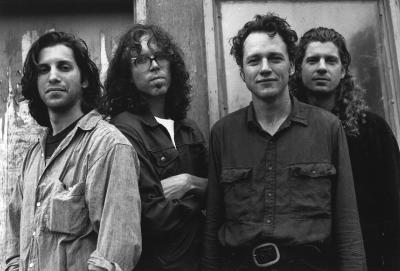 The Jayhawks are an American alternative country and rock band that emerged from the Twin Cities music scene during the mid 1980s. Their country rock sound was influential on many bands who played the Twin Cities circuit during the 1980s and 1990s like Uncle Tupelo, The Gear Daddies and The Honeydogs. They have released several studio albums, including five on the American Recordings label. On hiatus from 2005 to 2009, the band has since reunited and released a new album, "Mockingbird Time," in September 2011.HistoryThe band formed in 1985 in Minneapolis, Minnesota with Mark Olson (acoustic guitar and vocals), Gary Louris (electric guitar and vocals), Marc Perlman (bass) and... подробнее

Music From The North Country: The Jayhawks Anthology