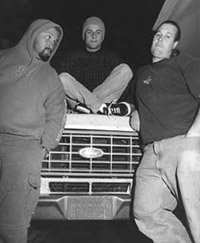 Zero Down formed by bassist Jim Cherry, drummer Milo Todesco and guitarist John McCree. The three-piece punk outfit hailing from the greater Los Angeles area. Formed in 2000, the members of Zero Down possess a sterling punk rock resume, having spent time in bands like Strung Out, Down By Law, and Pulley. Their debut full length, With A Lifetime To Pay, makes Zero Down the newest addition to Fat Wreck Chords robust roster. At first glance, Zero Down might appear as a typical So-Cal skate-punk trio. However, after listening to the record, it becomes clear that their personal politics run deep and their agenda as a band is equally profound. As bassist and singer Jim puts it, I formed Zero Down... подробнее

With a Lifetime to Pay