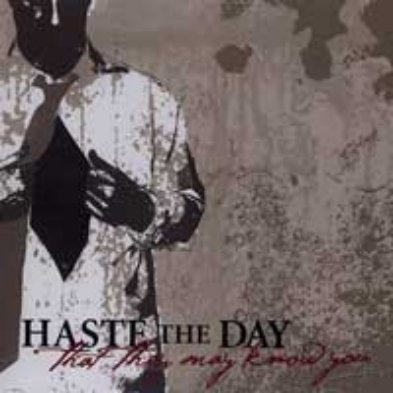 Haste the Day
That They May Know You (жанры:metalcore, hardcore, metal, acoustic)
2002

That They May Know You is an EP by Haste the Day. The name was taken from the Bible. "Now this is eternal life, that they may know You, the only true God and Jesus Christ whom You have sent" (John 17:3). The band self-produced this album in 2002, prior to being signed to Solid State Records. Haste the Day tracked the EP in the summer of 2002 with Tim Bushong in Syracuse, IN. He had done albums for Anah Aevia, Bestiary, Bloodlined Calligraphy among others. The track "Substance" was released as the first single on the site mp3.com and remained the #1 metalcore song for nearly a month. A little more than a year after the EP's release, Haste The Day announced its signing to Solid State Records in November 2003, and released their first national release Burning Bridges on March 9th 2004.