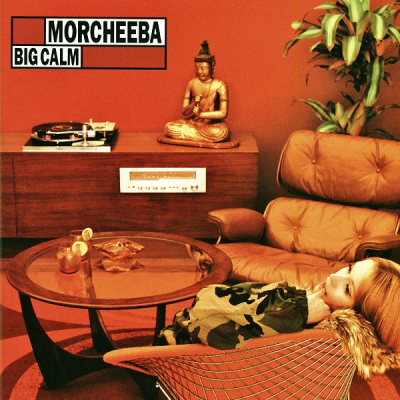 Big Calm (released in 1998) is the second album by Morcheeba. "The Music That We Hear", included on special-edition versions of the album, is a reworking of "Moog Island" from Morcheeba's first album, Who Can You Trust?.
The album cover was inspired by that of the 1966 Ray Conniff compilation Hi Fi Companion. (*View image)

The song "The Sea" was used as the theme tune for the UK reality TV show Shipwrecked, in a set of advertisements for TDT TV, and in the Thomas Cook advertisements starring Jamie and Louise Redknapp. It was also used in a 1998 episode of the original Top Gear when James May was reviewing the Rover 75.

The song "Part of the Process" was used in the fourth season Daria episode "Fire!" as Daria looks over her shoulder at Jane and Tom leaving Jane's house.