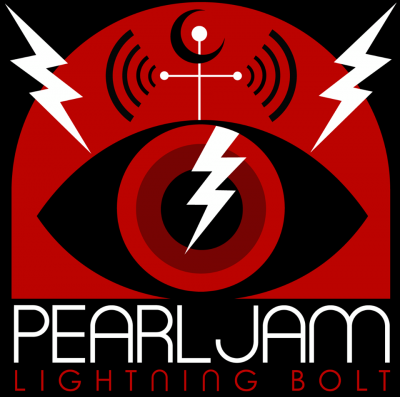 Lightning Bolt is the tenth studio album by the American rock band Pearl Jam. Produced by long-time Pearl Jam collaborator Brendan O'Brien, the album was released in the United States on October 15, 2013 through the band's own Monkeywrench Records, with Republic Records handling the international release.

The band begun composing new songs in 2011, and had the album's first recording sessions in early 2012 before the musicians decided to take a break. As all the band members got into side projects afterwards, work on Lightning Bolt only resumed in March 2013. The music for Lightning Bolt has a harder rock sound with longer songs to contrast predecessor Backspacer (2009), and the lyrics convey singer Eddie Vedder's feelings on aging and mortality.

Preceded by a promotional campaign focusing on Pearl Jam's website and social network profiles and two moderately successful singles, "Mind Your Manners" and "Sirens", Lightning Bolt was well received by critics, who considered the album an effective return to the band's old sound, and topped the charts in the United States, Canada, and Australia.