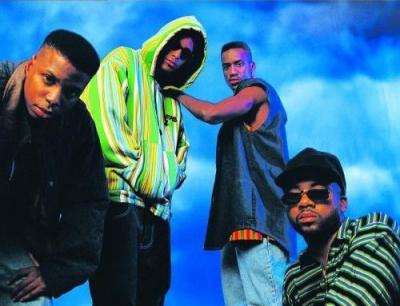 After making an appearance on The Notorious B.I.G.'s 1994 song "Respect," from his album Ready to Die, she signed a recording contract with Sony Music. King's first single "Shy Guy", co-written and produced by Andy Marvel, from her debut album Tougher Than Love, became a hit, reaching number thirteen on the Billboard Hot 100 and being certified gold by the RIAA in the U.S.; the single also hit number two on the UK Singles Chart, as well as reaching number one on the Eurochart Hot 100 Singles chart going on to sell nearly five million singles worldwide. The song made the soundtrack to the 1995 film Bad Boys. "Shy Guy" was also ranked by influential Japanese radio station J-Wave as the number-one song of 1995.

In 1997, King's second album Think Like a Girl entered the Billboard Top Reggae Albums chart at number one. King also scored another well-received hit on the Billboard Hot 100 and the Hot Dance Club Play with her cover version of the song "I Say a Little Prayer" (originally recorded by Dionne Warwick in 1967), featured on the soundtrack to the film My Best Friend's Wedding and the infectious "L-L-LIES". King was also featured on the 1997 soundtrack to the documentary When We Were Kings, where she performed the title track with Brian McKnight. In 1998, King joined Celine Dion and Brownstone on stage to perform the hit "Treat Her Like a Lady" previously written and recorded by King from Tougher Than Love at the Essence Awards, in which they received a standing ovation. That year she also appeared on Soul Train, The RuPaul Show, and VIBE to promote Think Like a Girl. In 1999 she toured India doing a five city tour. From Goa she said "I never thought I would come back to India."

King entered negotiations with Madonna's Maverick Records label in 2000. In 2002 King released her third album Respect, but was not released in the U.S., until summer of 2006, where it is only available on Amazon.com. Its first single "Summer Breezin'" receiving BET and VH1 video and urban radio airplay. In 2007 she co-wrote and recorded the song "The Light Within" with the German reggae artist, Gentleman, for his album Another Intensity. She also had the girl duo Brick & Lace join her on one of her concerts as backup singers.
She is currently writing and recording under her own record label, ThinkLikeAgirl. She also tours Asia annuall